when the sun is up on a clear blue sky you will act like a lover when the sky is grey and the rain comes down you will run for cover feel the heat, come out of cold and your arm is touching me good morning sunshine, you are my only light lying with m...

stop crying your heart out

1.Taylor Swift - 'You Belong With Me'

it takes a lot to know what is love it's not the big things, but the little things that can mean enough a lot of prayers to get me through and there is never a day that passes by i don't think of you...

The Cranberries didn’t have a comeback hit in 1999, after the moralistic tangle of 1995’s To the Faithful Departed failed to endear itself to critics or fans. But they deserved one; fourth album Bury the Hatchet was their sharpest yet, relying on more concrete sounds (hard guitar strums, horn blats, even funky rhythms on “Copycat”) that in turn jelled into concretSometimes when artists rip themselves off, it’s a travesty, as many Metallica fans could tell you about “The Unforgiven II.” But sometimes a song is just so amazing, its auteurs have to return to it a second time. So 2001’s “Analyze” was a shameless return to the Cranberries’ classic first single: its comforting blanket of a chord progression, its cavernous, echoing tambourine, its chiming arpeggios. If that’s what it took to create the band’s last great contribution to the dream-pop canon, then so be it; better to have two “Dreams” than one. 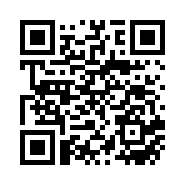